The calls for tutoring help keep coming in and the applications continue piling up daily. At 90, Carson City’s Florence Phillips, founder and executive director of the English Language Learners In-Home Program of Northern Nevada, doesn’t know how to ignore them, but she knows she also needs more help.
​
And she hopes to pass the torch successfully and soon.

“It’s not just about celebrating the program but ensuring its legacy and providing the organization with the infrastructure and capacity it needs to continue beyond Florence and to bring it to a place where not only it continues with tremendous success, but it continues to grow,” volunteer Nicole Draiss said recently. “That is her vision, not just to keep it status quo.”

The organization has helped more than 6,000 families; approximately 500 individuals have gained their U.S. citizenship and 450 tutors are available in the United States and 25 countries around the world. ELL has won more than 20 American and international awards for its efforts.

Still, there are almost 1,000 people on the organization’s waiting list seeking tutoring help to learn English as a second language through Phillips’ program, improve computer literacy skills, become a U.S. citizen, obtain or advance in their employment or acquire their general education diploma or achieve a number of other objectives. Fifty-one are studying to become U.S. citizens.

Phillips said she doesn’t even have to publicize through traditional means anymore.

“I get calls from Healthy Communities Coalition clients living in Fernley that are eager to learn English,” she said.
Growth isn’t the concern anymore, and the need continues to augment, Draiss said. There are names on a waiting list now to start its next three classes to become U.S. citizens.

But what is urgently needed is the freedom and flexibility to use the dollars as the organization sees fit and to help with the long-term infrastructure that might set up the program for three to five years ahead. Volunteers are helpful, but how much more could they accomplish if they could pay them? Draiss asked.

“Donors very often are very specific where they want their money to go, so they’ll say, ‘This can’t go to salaries or stipends,’ ” Draiss said. “That is starting to shift in philanthropy.”

Phillips’ impact has been felt far and wide in part due to the pandemic.

“Prior to COVID, the name of the organization was the ESL In-Home Program of Northern Nevada,” she said. “Carson City kept growing into Washoe County until finally it was in Northern Nevada. Now we’re in all of Nevada and 36 other states and 22 foreign countries. We have an application in Ghana. We have a tutor in Australia teaching a woman living in Peru.”

And the stories continue to speak to the program’s legacy and success. With 92% of its population speaking solely Spanish at first, she recalled program assistant Ana – last names are withheld to maintain confidentiality – entered without being able to speak any English and had two young children. As a beginner, Phillips said, she required books but advanced quickly and eventually took on the administrative assistant’s role because she had learned enough to use her newly acquired filing skills after she had learned the alphabet in English.

“She was motivated, dedicated and committed to me that she would come every day,” she said.

One 65-year-old man simply wanted to learn to write his name in English. Connecting him with a tutor, the tutor taught him to do so 20 times on a piece of paper.

“He looked at his name in tears and pointed at it and said, ‘This is me, this is me,’ ” she said.

Phillips, who served three tours in the Peace Corps in three countries and eventually established the program in 2004, said it’s important to maintain the program beyond herself.

Phillips has been recognized locally and nationally for her work, including being named the 2019 Non-Profit of the Year by the Carson City Chamber of Commerce’s Best of the Best and a 2018 CNN Top 10 CNN Hero, receiving $10,000 along with training from the Annenberg Foundation as part of the honor.
​
For information about donating to support literacy or becoming a volunteer tutor, visit www.eslinhome.org.

To continue offering free classes to interested students, we rely on your donations to offset our costs. We thank you for your generosity and support. 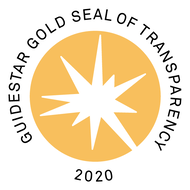 Give the Gift of English